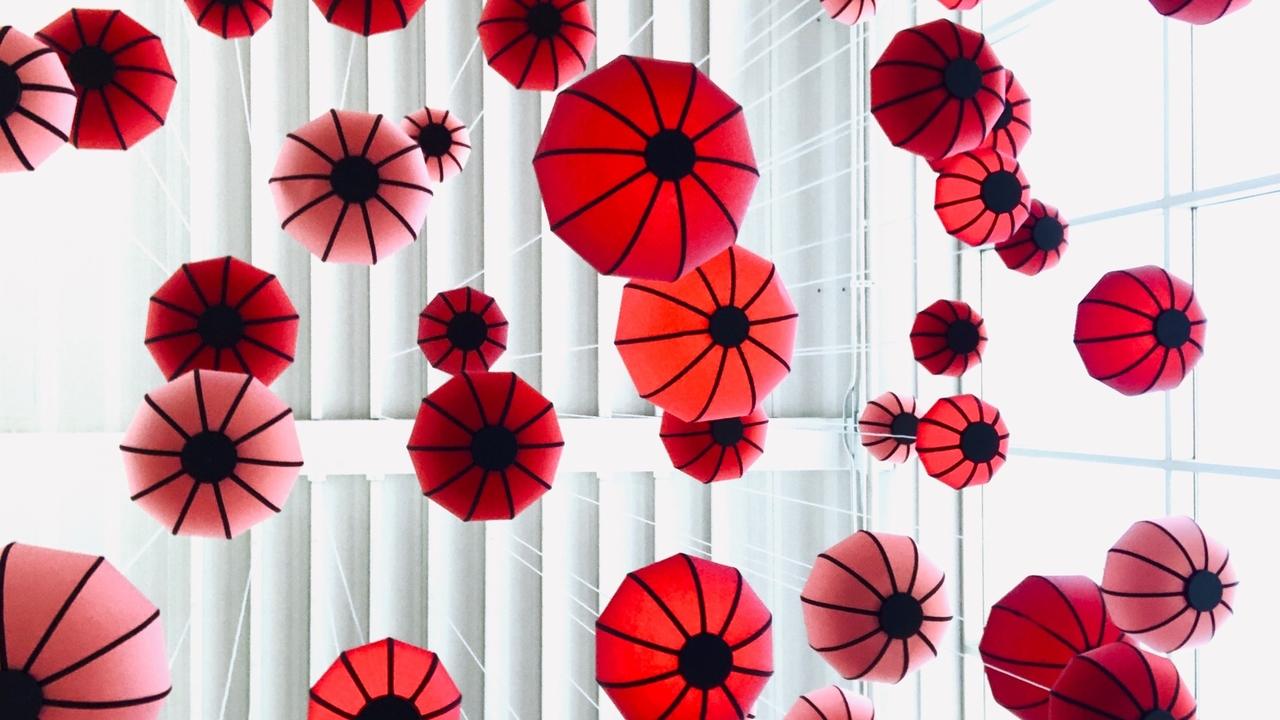 I took this photo of these red lanterns in the Houston airport at the end of April. We were coming home from Peru and had a 3-hour layover after having already traveled straight for 22 hours. I was exhausted, spent, wired not tired. ⠀⠀⠀⠀⠀⠀⠀

As you're scrolling through your phone right now (hey, I'm probably doing it, too), take a second to turn your gaze upwards. Look at the sky, the ceiling, the person next to you. ⠀⠀⠀⠀⠀⠀⠀⠀

In a series of experiments at San Francisco State University, psychologists found that sitting in a collapsed, helpless position makes it easier for negative thoughts and memories to appear.

Research professor, Erik Peper noted that collapsed sitting and collapsed walking (from sitting in front of our computer to looking down at our smartphones) may have had an effect on the rise of depression in recent years.⠀⠀⠀⠀⠀⠀

I teach a creative prompt in my signature workshop, The Life Feast, called the #ceilingselfie to integrate this positive psychology happiness hack into our life in a creative way. 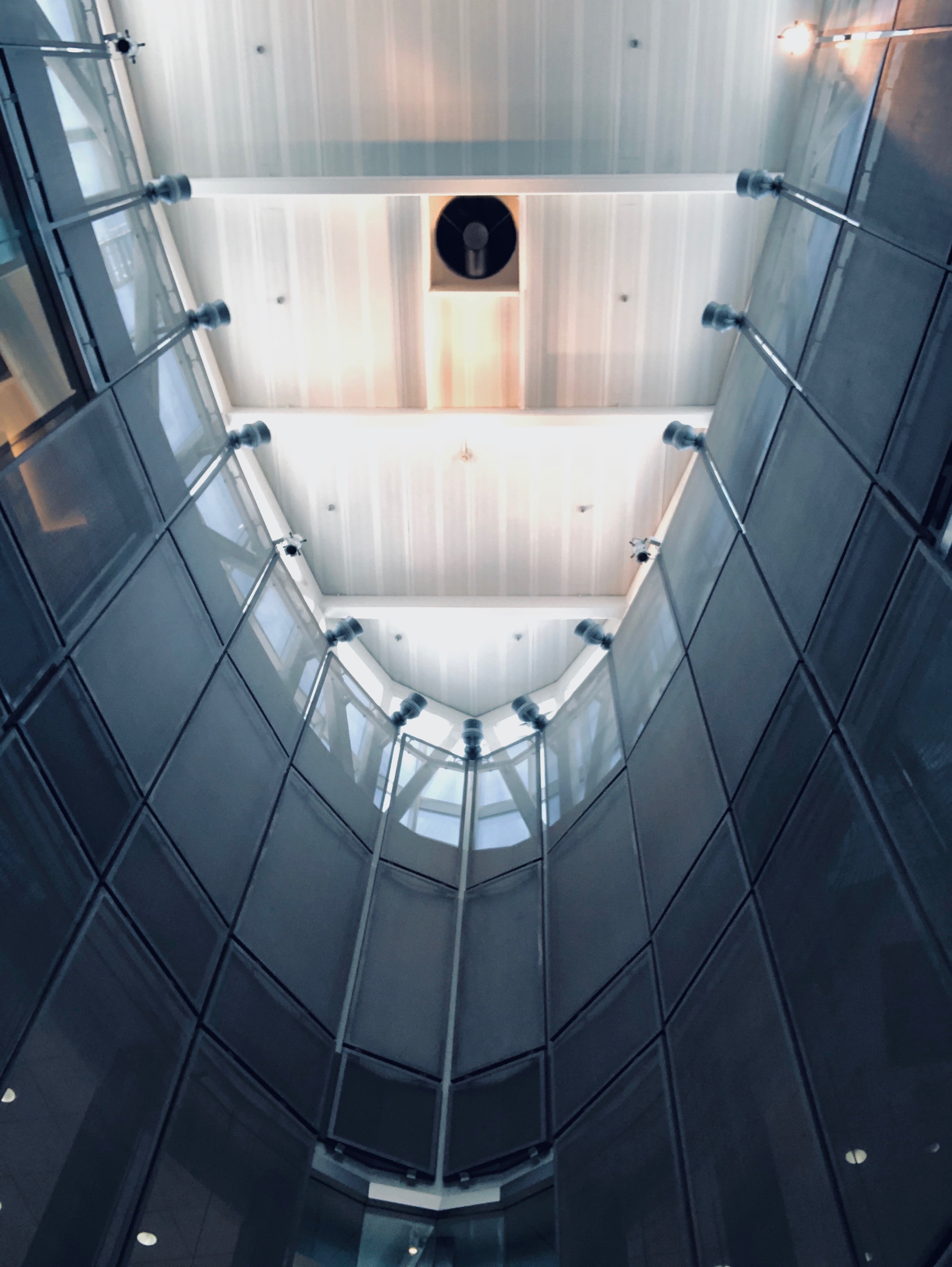 ceiling of the Houston airport

Here's how to create a ceiling selfie:
Put your phone in selfie mode, then hold it in front of you, parallel to the ceiling.

As you walk through an airport, an office building, a museum, a park you'll be treated to visual treasures you never noticed before.

When you see a composition you like, take a photo.

Don't forget the most important part, savor that little unexpected artistic vignette and boost your mood by taking a moment to LOOK UP and fully notice what you just captured. 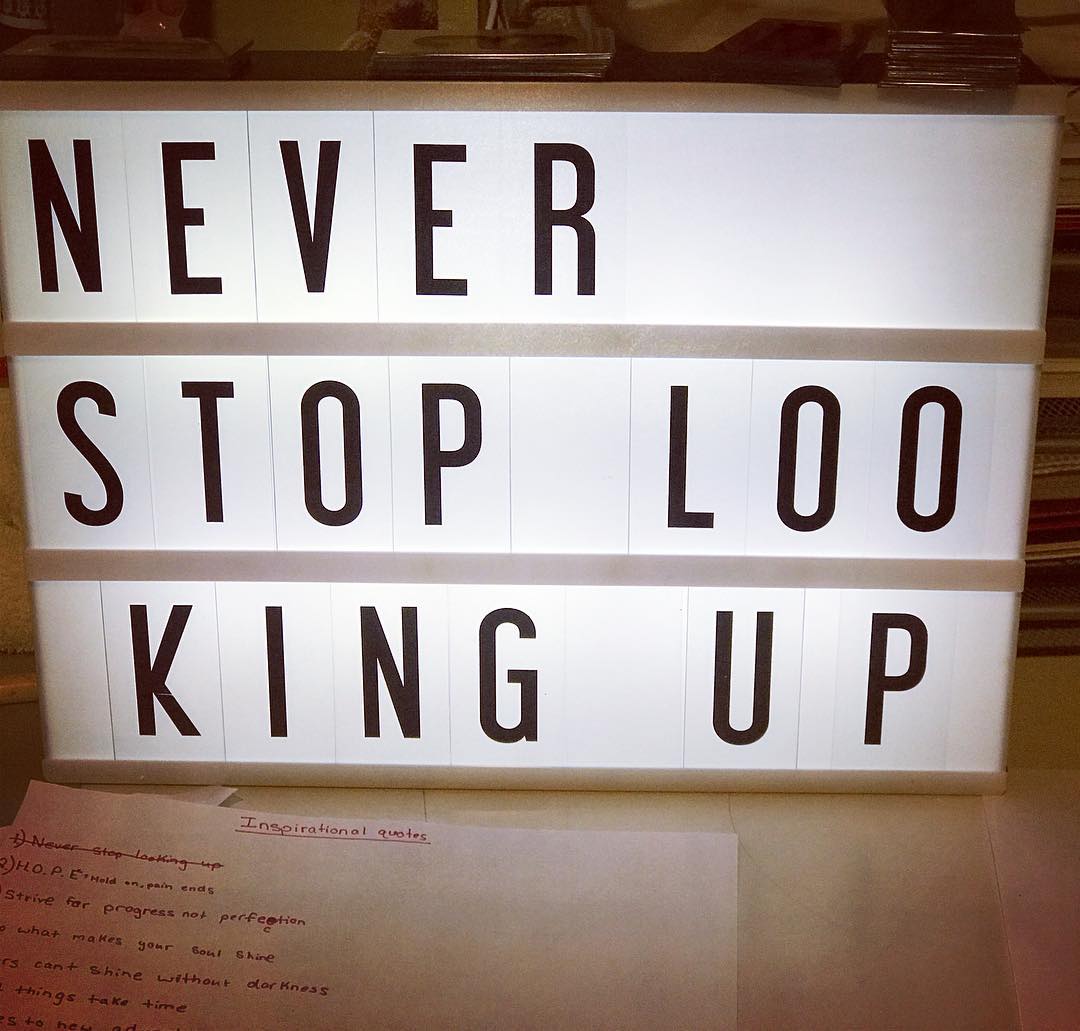 a reminder from my daughter, Jacey... Never stop looking up.

Lizzie Larock is a positive-psychology based coach, photographer, writer and the creator of the popular online creativity workshop: The Life Feast.

Do you know what horses can teach you about creativity, self-care and stress?
How to do a color pop in Snapseed
Did you know there's a word for the sound of snowflakes?
Close